BeatleBeat Live Tribute to The Beatles -  Re-create the look, style and sound of the most famous rock and roll band in the world, The Beatles! A totally self contained theatrical experience that takes you on a musical and visual trip back to the 60's!  A Full three costume show performing songs from 1964 to 1970

Also now another option, performing as BeatleBeat, Unwigged! All of the same great songs! Without the suits, wigs, etc.!  For budget minded events.

BeatleBeat will catapult you back to the 60's with the timeless music of the Beatles, with the full costume show! BeatleBeat starts with the 1964 Ed Sullivan-era dressed in the classic black suits. The band plays the hits from the BeatleMania days! Act ll begins with 1967 Sgt. Pepper and moves up to 1970 Abbey Road!

The cast of BeatleBeat has performed for thousands across the US and Canada, including cruise ships and international tours. The band and show was founded by Jimi Pappas, former drummer for Chubby Checker and the Original Broadway Cast of Beatlemania.

The band members credits are too long to list!  All of the cast members also performed at Disney's Epcot in Orlando as the British Invasion band for over ten years!

Enjoy the most exciting decade in Roll and Roll, the songs that changed the world forever!

Both shows, Classic Costume or Unwigged, perform the hit songs with vintage instruments that faithfully capture the sound that changed popular music forever. BeatleBeat is comprised of Orlando’s best world class musicians who are veterans of The cast of Beatlemania, Legends in Concert and Disney's British Invasion band at EPCOT. 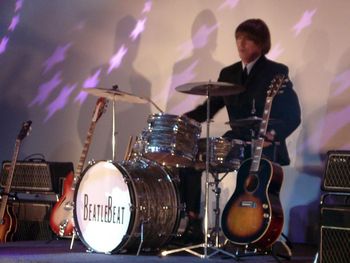 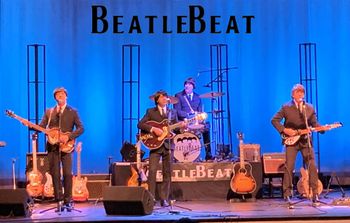 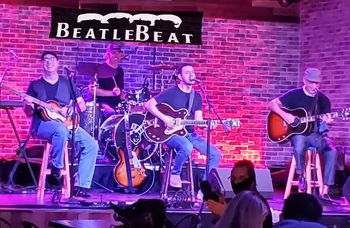 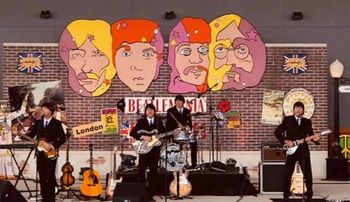 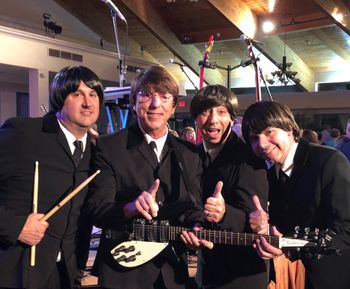 “BeatleBeat Tribute Band was wonderful to work with; very accommodating, great music, very conscientious about containing their expenses. The entire party was on their feet and dancing for their entire performance. My husband and I strongly recommend them and would definitely hire them again. They are great!”

Book BeatleBeat for your next event!

BACK to JIMI PAPPAS
Check out The JPs